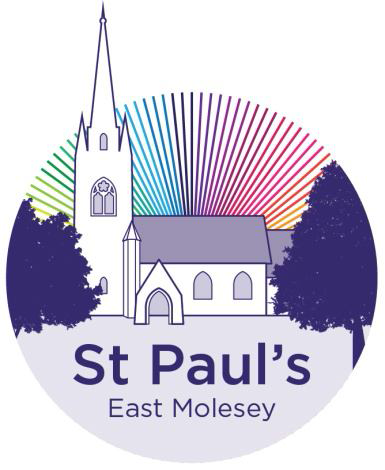 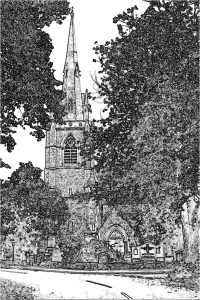 The church of St Paul’s was opened in 1856, to help meet the needs of the growing town of East Molesey. It originally consisted of just a nave and chancel.

In the church are a number of memorials, the most notable of which is the very fine east window consisting of five lights. The centre one is to the memory of Marion Flockton and her infant son who both died in 1876. The other four lights are in memory of Francis Jackson Kent, the ‘founder’ of the church, who died in 1885 and who was responsible for much of the expansion of this part of Molesey in the middle of the 19th century.

During 2002 there was a major enhancement project with the installation of under floor heating, new carpets, pews and a sound system incorporating a hearing loop.  There is also a ramp leading into the church building and glass doors are fitted to the porch to enable passers by to see into the church. During 2005, the Parish Room underwent a major refurbishment.

We are on the corner of Church and Palace Roads.